We are excited to announce our sixth and final plenary speaker!

Nenad Tomović is an Associate Professor of English at the Faculty of Philology, University of Belgrade, where he teaches several applied linguistics and translation courses. His areas of professional interest include applied linguistics and language teaching, translation and languages in contact. He is one of the founders and editors of Communication and Culture Online (peer-reviewed linguistics, communication and culture e-journal) and is a Distance Delta local tutor. His works include Applied Linguistics and English Language Teaching (monograph), English is Fun (co-author, textbook series), Take a Chance (co-author, textbook series) and numerous scientific papers.

Should We Teach American British?

An average student of English has long been exposed to American English in many real-life situations, while the British retained its position in the classroom. Furthermore, American English started to make its way into British a long time ago and is now a major source of vocabulary. The influx of Americanism in British English is obvious, just like the fact that the spoken variety is changing. The spoken variety is likely to turn into something we can call Americanized British or even American British if we hypothesize that the emerging variety exists along with the current one and that it has been developing for quite a while.” American British” is similar to slang as it is mostly spoken by younger generations. The very name” American British” might sound ambiguous, but the purpose of this phrase is meant to make us reflect on the language we are teaching.

Since English textbooks used in Serbia are commonly written in British English, the discrepancy between classroom English and the English learners are exposed to is obvious. Although teachers often state the differences between British and American varieties, it would be good to adapt teaching materials to students’ needs. This does not mean that British English should not be taught, but rather that American English and Americanisms deserve more attention. It would also be useful to introduce more textbooks written in American English, while typically British words and expressions should be covered, too. It would be useful to rethink the concept of grammar and accept the simplifications that are already quite common in American English, such as I just wrote a letter (= I have just finished writing it) and similar structures, which are now quite acceptable. Concerning the vocabulary, it would be wise to highlight the more frequent forms such as truck or sneakers and even introduce common American expressions that cross the ocean very quickly because they become part of British English in no time. Even the sections in textbooks which deal with the differences between the two varieties should be analyzed since textbooks cannot be modified each year and cover every word which has become a part of the British lexicon.

We are excited to welcome prof. Nenad to be a part of the 20th ELTA Serbia Conference and look forward to sharing his work with us!

Find out more about the Conference: cutt.ly/2022-conference

For further information, please get in touch with the ELTA Office at office@elta.org.rs or hello@elta.org.rs if you wish to support the event. 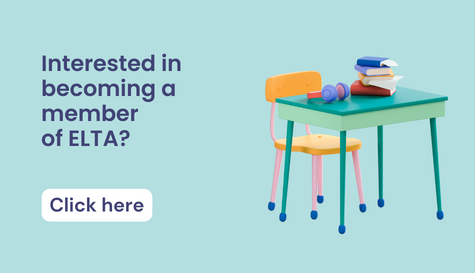